From 2009-2014 Vicky was a member of the European Parliament Industry, Research and Energy Committee and the Economic and Monetary Affairs committee. She led the negotiations on budgetary frameworks, securing the exemption for the UK from EU fiscal rules. She was a lead negotiator on reforms to the regulation of international banking and on Europe's €80 billion Horizon fund for science and research. Before becoming an MEP, she was elected to Local Government in Cambridgeshire.

Prior to becoming involved in politics, Vicky was a managing director of a major international bank. She has been involved in raising money for infrastructure, including roads, railways, telecommunications and electricity networks across Europe, the Middle East and Africa.

Vicky was born and grew up in Northern Ireland. She read Maths and Economics at Trinity College, Cambridge where she met her husband, who is a cancer consultant at Addenbrookes Hospital. They have three children. Vicky's hobbies include fly fishing, gardening and riding. She plays the piano and clarinet as well as singing in a local choir.

The members of Chelmsford Conservative Association have today selected Vicky Ford to be the candidate for the Conservatives in Chelmsford at the forthcoming General Election.

Brexit needs to work for consumers

Consumer organisations in the UK and the rest of the European Union should continue to help each other post-Brexit, Conservative MEP Vicky Ford said today.

The leading European Parliamentarian for the Single Market and East Anglian Euro MP, Vicky Ford has warned that negotiators on both sides of the channel need to find new solutions for the future EU/UK relationship, or risk economic disruption.

The new £2billion annual fund to science and research is excellent news for the East of England.

It firmly underpins the both the government's commitment to ensure that Britain stays at the forefront of global science and to delivering a 21st century economy.

Shoppers should be provided with more information about special promotions as part of the current review of EU consumer legislation.

Mrs Ford commented, "As long as we are in the EU we should continue to benefit from its funding streams. The European Investment Bank is able to give longer dated loans than normal High Street banks which means that more trains and carriages can be upgraded.

Ray of Sunshine for UK Researchers

Scientists from across the UK have successfully secured nearly one in five of the prestigious grants from the European Research Council in the latest funding round announced last week. 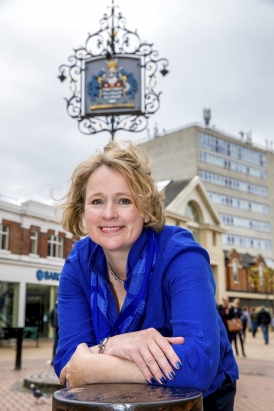