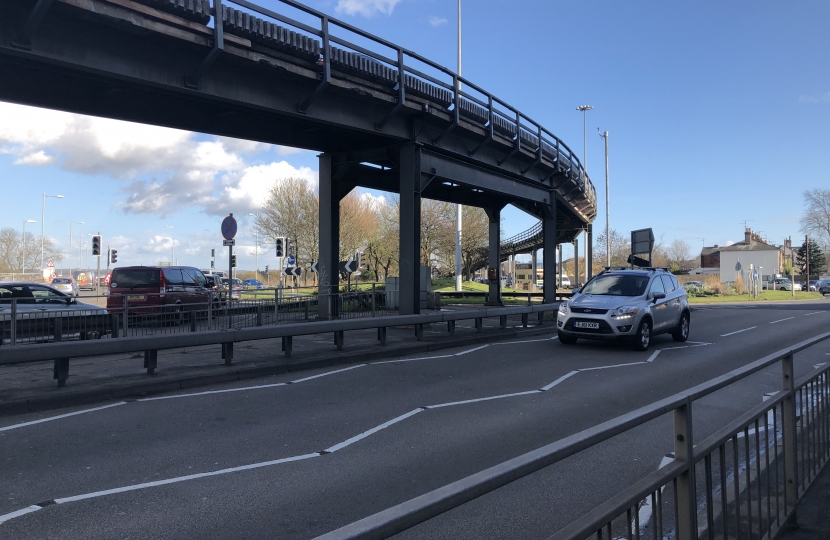 Plans to transform the way people travel in Chelmsford have moved a step closer after the expected shortlist of improvement options for the Army and Navy junction was agreed ahead of public consultation in the summer.

Essex County Council has been thoroughly evaluatingfour options for the junction - a hamburger roundabout, enlarged roundabout, two-way flyover and separate T-junctions. Assessment has looked at the effects on congestion, journey times and use of sustainable modes of transport, as well as environmental and construction impacts.

Each option has been upgraded to include significantly improved walking and cycling facilities at the junction, while proposals are also continuing to be developed for the expansion of Sandon Park and Ride and a proposednew park and ride site in Widford. The sustainable transport improvement measures are a crucial aspect of the Army and Navy Sustainable Transport Package and part of a continued drive to offer people greater choice in the way they travel in the city.

As a result of the latest option assessment analysis, the two-way flyover has now been discounted and the threeremaining options – separate T-junctions, hamburger roundabout and enlarged roundabout – have been confirmed as those on the shortlist that is expected to go to public consultation later this year. However, this issubject to some final assessment.

The two-way flyover has been discarded because it would:

Cllr Kevin Bentley, Deputy Leader of Essex County Council and Cabinet Member for Infrastructure, said: “The Army and Navy Sustainable Transport Package represents an opportunity to provide people with greatertravel options and to encourage safer, greener and healthier ways of getting around Chelmsford, especially for shorter journeys where we want walking and cycling to be the natural choice.

“With an expansion of Sandon Park and Ride, a potential new Park and Ride site at Widford, pedestrian and cycle route improvements, and layout improvements at the Army and Navy junction all included as part of this project, the scheme will provide a long-term and sustainable solution that will help to make Chelmsford a city of the future.

“I am delighted that we have taken another significant step forward with the project by agreeing our expectedshortlist of options and look forward to asking the publictheir views.

“By focussing on fewer options now, we can concentrateon those that could make a real difference and peoplecan have a more valuable input at public consultation.

“The remaining options – the separate T-junctions,hamburger roundabout and enlarged roundabout – provide the best opportunity to improve journeys for all transport users and to create a lasting legacy at this vital gateway.”

Due to the various stages involved in securing funding for the project, construction of the final junction scheme is currently expected to start in summer 2024 and be completed in early 2026, subject to planning and other necessary processes.