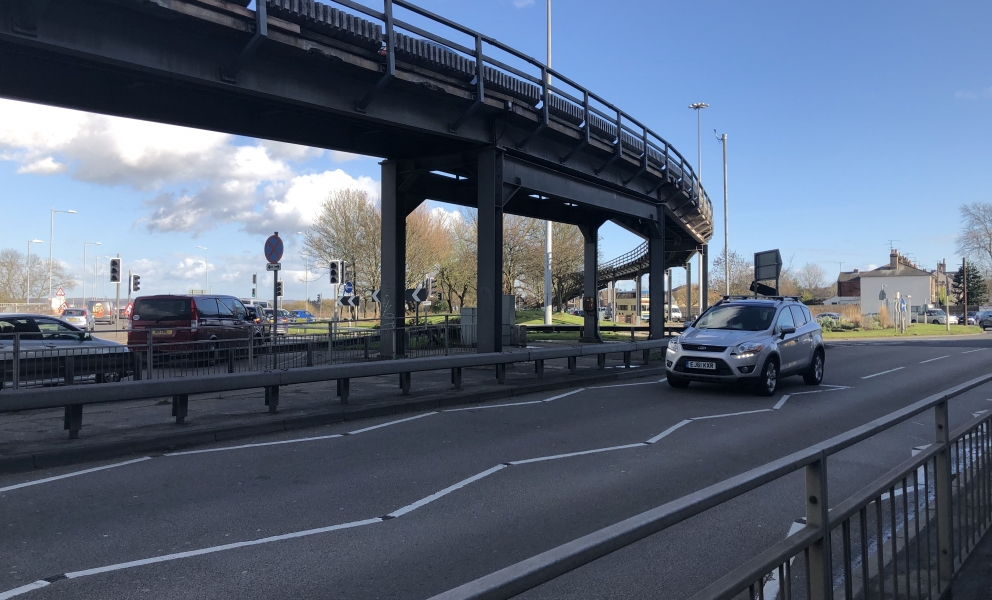 People are being encouraged to plan ahead and switch to different forms of transport to get into and out of Chelmsford, as the Army and Navy flyover is set to remain closed during the back-to-school period.

Over the last two summers, extremely high temperatures have caused significant movement to several of the supporting columns. On both occasions, there was no alternative but to close the flyover as it would have been unsafe to leave it open.

A report on the structure from engineers is expected in the coming weeks, but in the meantime the flyover will remain closed.

This week, a group including County, City and Parish councillors, local residents’ representatives and Chelmsford MP Vicky Ford, met again to discuss the future of the Army and Navy flyover in response to the recent closure and how the impact on journey times of extra traffic when the schools return can be reduced.

The group are urgently seeking a long term solution to the Army and Navy but in the immediate term discussed a range of options which the travelling public are able to consider, including:

All details are available online here.

Cllr Kevin Bentley, Cabinet member for Infrastructure at Essex County Council, said: “Everyone knows that traffic levels increase when the schools go back, so we are encouraging road users to plan ahead and switch to alternatives like buses, bikes or simply walking to get to school or work – many of the journeys people make by car in Chelmsford are less than 3 miles.

“We know that the whole of Chelmsford feels the effects when there are problems at the Army and Navy flyover, but we cannot put the safety of people at risk by allowing the structure to stay open while we consider our options. Engineers have spent the summer looking at the structure and considering ways that we can improve the junction.

“We are urgently working on a long-term answer to the issues related to the Army and Navy roundabout and we are committed to providing a solution that isn’t simply a quick-fix or a sticking-plaster.“

Vicky Ford, MP for Chelmsford, said: “Designing and building a new long term solution is an urgent priority.  In the interim all ways to reduce congestion and keep Chelmsford moving must be put into action. This means encouraging those who don’t need to drive through Chelmsford to find alternative routes as well as making it easier to take a bus, set up a car share, use the park and ride or cycle.  Some of Chelmsford’s employers are already working on innovative ways to help their staff reduce journey times at peak hours including staggering work times.

"Projects like the building of Chelmsford’s second railway station and the North East Bypass are good news for the future as these will reduce traffic movements coming through central Chelmsford.   If the existing flyover cannot be reopened safely within a reasonable time frame then I believe it should be taken down as soon as possible.”

For more information about the scheme, and to keep up with short term updates please visit the Essex County Council's website or follow Essex Highways on Twitter.