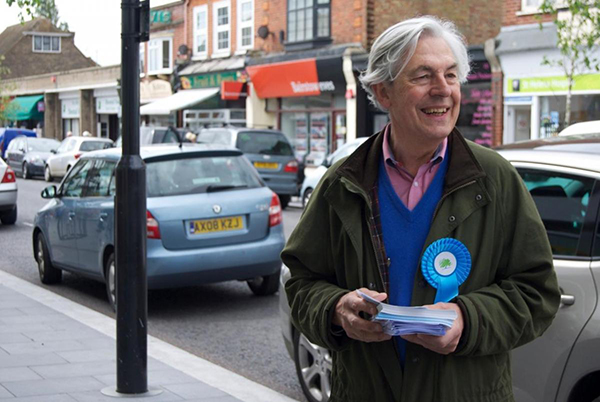 Geoffrey Van Orden Conservative MEP for East of England and former British Army officer has been selected as the new leader of Britain’s Conservative MEPs....while the country is still in the EU.

Geoffrey Van Orden has been a consistent campaigner against European integration and is now fighting plans for an EU army which would undermine NATO.

Geoffrey was re-elected as a Conservative MEP in June 2019 for the East of England and was instrumental in the creation of the European Conservatives and Reformists political group. He was founding president of its associated think-tank, New Direction - the Foundation for European Reform, whose patron was Margaret Thatcher.

In his military career, he gained experience in the field of counter-terrorism. His last military appointment was at NATO headquarters in Brussels.

He will keep his role as the party’s defence and security spokesman in parliament and will also lead on foreign policy, industry, research and energy.

Geoffrey said: “I feel honoured to have been chosen to head the delegation, following in the footsteps of my excellent predecessor. “The months ahead will be challenging. We shall do all we can to help deliver Brexit by October 31, ideally with a good deal.

“So long as the United Kingdom remains in the EU it important for us to engage fully and protect Britain’s interests, and widen understanding and support for our position.”

For our Campaign Spotlight on the Hartlepool By-Election, meet Jill Mortimer, the Conservative candidate for Member of Parliament in Hartlepool.