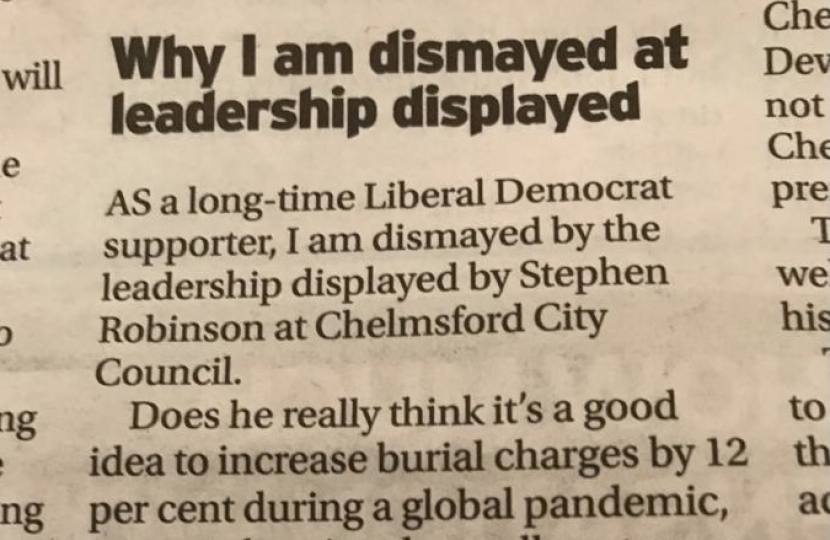 Long term Liberal Democrat supporter, Edward Northgate, has written to the Essex Chronicle in dismay over Lib Dem leadership of Chelmsford City Council, describing it as a “debacle”.

He describes recent decisions to hike up funeral charges by 12% and introduce parking charges at Hylands Park which leave many dog walkers with excessive charges for the privilege of walking their dogs when they have few other choices.

He further describes the “tree-planting fiasco” which saw thousands of newly planted trees, which the Lib Dems boast of in their latest literature, die due to a simple lack of watering.

It is a damning account of the Lib Dems’ first two years leading the City Council and leaves many wandering if you really want to invite them into Essex County Council.

Keep the Lib Dems out of County Council this May:

You will have your chance to make your voice heard at the ballot box this May when a City Council by-election takes place in Moulsham Lodge - vote Robert Gisby. 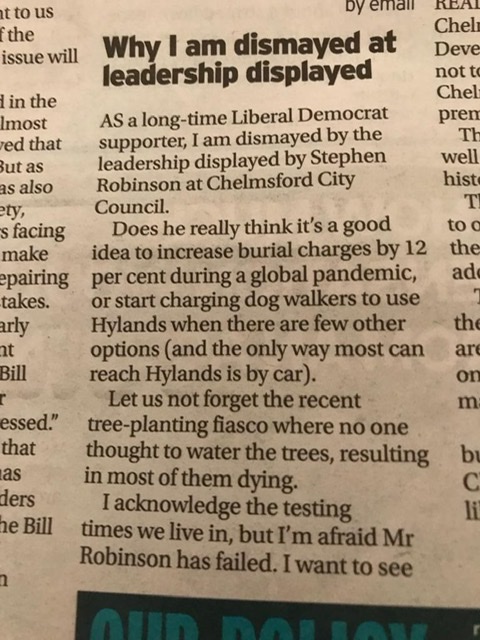 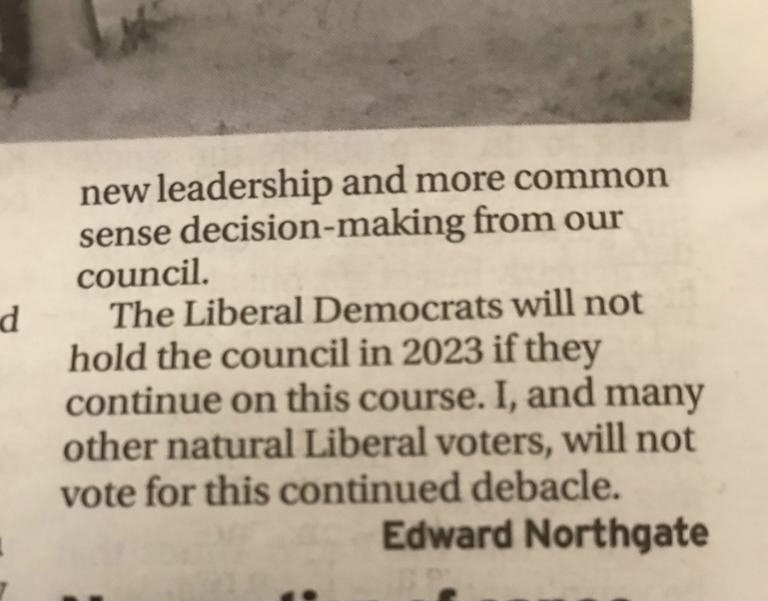 The Prime Minister's statement on the death of His Royal Highness The Prince Philip, Duke of Edinburgh