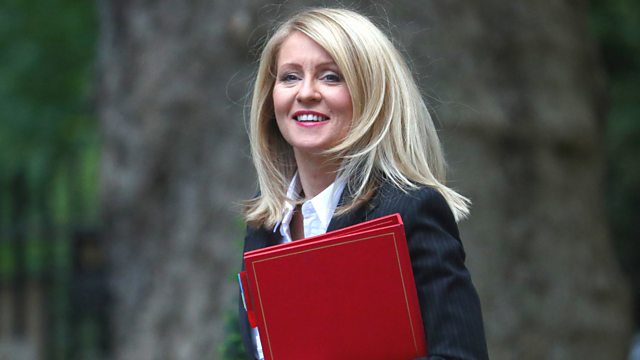 Former Secretary of State for Work & Pensions, Rt Hon Esther McVey, joins us for our first virtual social. Members will have the opportunity to hear from Ms McVey and ask questions over a gin or hot chocolate--whatever your tipple!

All funds will go towards fighting the 2021 County Council and Police, Fire & Crime Commissioner elections.

The Rt Hon Esther McVey was Minister of State at the Ministry of Housing, Communities and Local Government from 24 July 2019 to 13 February 2020.

She was previously Secretary of State for Work and Pensions from January to November 2018. She was Treasurer of HM Household (Deputy Chief Whip) from November 2017 to January 2018, and Minister of State for Employment from 2013 to 2015.

Esther was the first MP to employ an apprentice and got the House of Commons authorities to introduce the scheme. Esther is passionate about issues such as careers, youth unemployment, apprenticeships, investment and business growth.

Tickets are priced at £15 per person

Young Conservative tickets are priced at £5 per person